What is a Combiner Box Distributor?

Sometimes referred to as a power distribution unit (‘PDU’) or simply a distro, a power distribution box is used to safely distribute electricity from the power source to other devices in a circuit. It typically has one input and multiple outputs, allowing several devices to be connected to the distro rather than directly to the power source. This makes things safer, more efficient and more convenient; one of its key advantages is that it reduces the chances of blown fuses or even dangerous short-outs.

The distribution box serves as the load centre and distributor of electrical power.

A distribution box houses all the contact breakers, earth leakage units, doorbells, and timers. The electrical power supply comes from the network to the building through the main feeding cable. The cable is connected to the distribution board and the power is distributed through the breakers in the secondary circuits (lights and plugs)

Components of a Distribution Box:

- Control and distribution board (consumer unit)

- Earth resistance between the electrode and the point of zero potential. 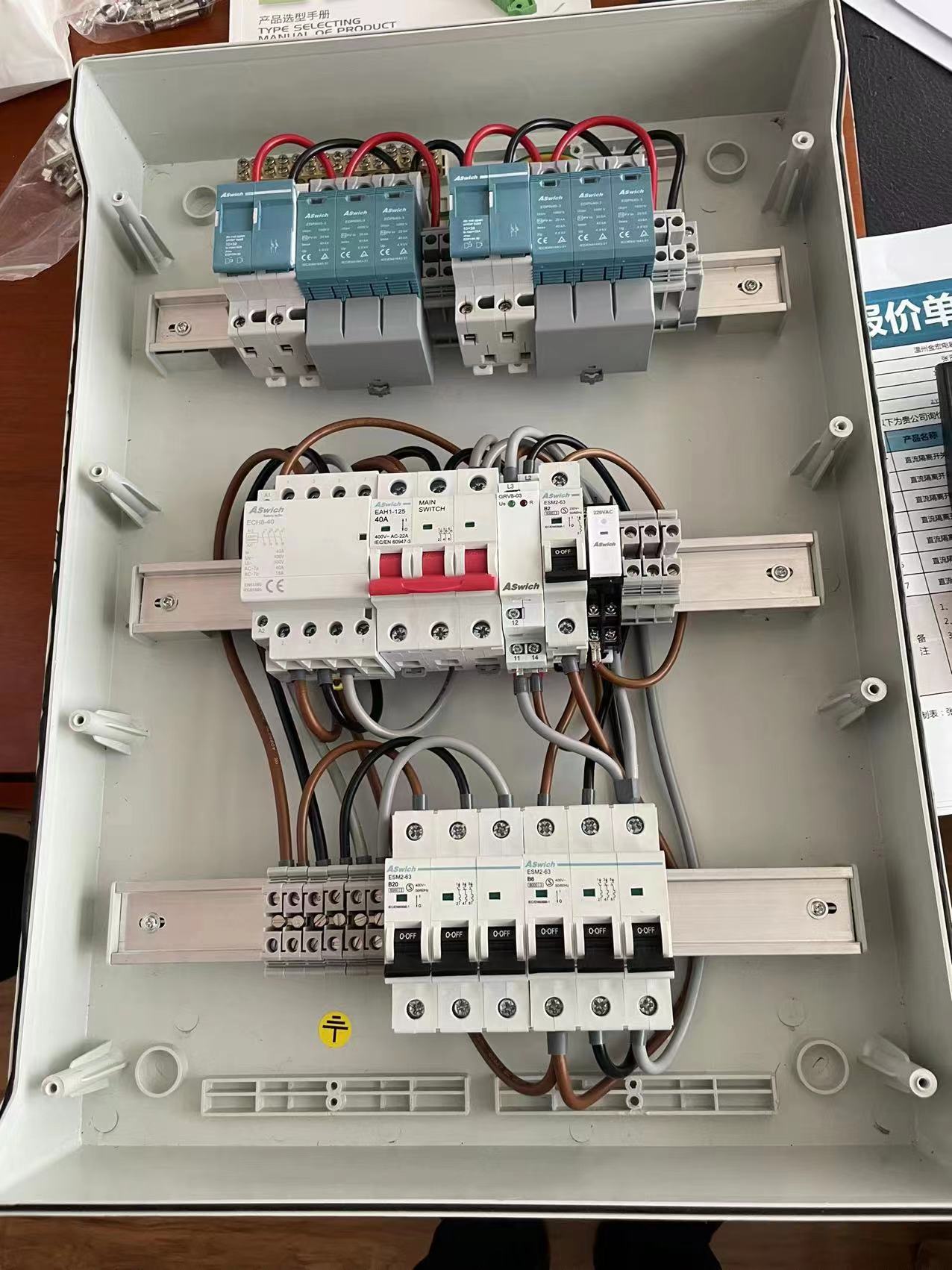 The shapes, sizes and construction of power distribution boxes can vary widely, and they’re often made bespoke. The possible variables include input and output ampages or voltages, and the number of inputs can be adjusted to. They can also be manufactured with extra safety features, such as MCBs and RCBs.

Why are power distribution boxes useful?

Essentially, using a power distribution box means means that you don’t have to connect each output device directly to the power source. This streamlines the circuit, and makes it more efficient by saving you from having to use any more wires than strictly necessary (therefore saving energy). As well as saving on possible power wastage, having fewer physical wires to deal with also makes the environment safer for staff and visitors. Wires can present a major tripping hazard, and have a nasty habit of getting snagged on things. The fewer of them you need, the better!

Prev：What Are The Advantages Of Solar DC Load Break Switch?