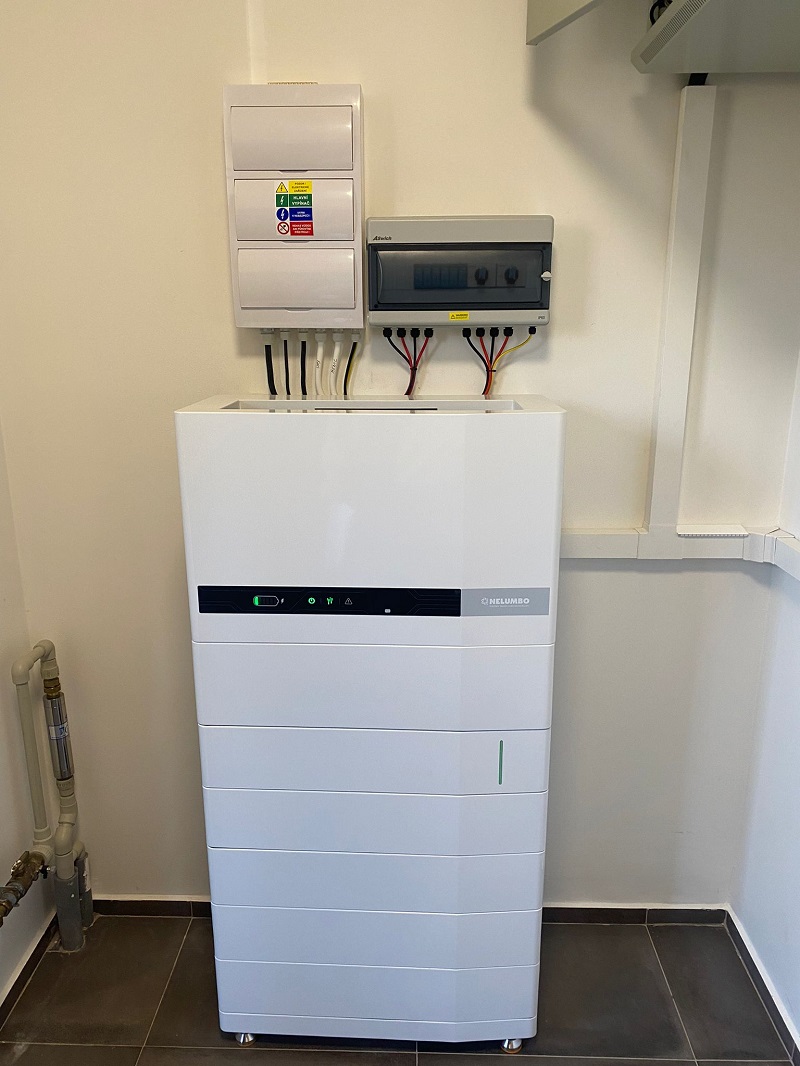 The internal structure of a common combiner box is shown in the figure below.

Generally, steel spray, stainless steel, engineering plastic and other materials are used, and the protection level is above IP 54. The function is: waterproof and dustproof, which meets the requirements of long-term outdoor use of the combiner box.

The DC circuit breaker is the output control device of the entire combiner box, and is mainly used for the opening and closing of the line. Its working voltage is as high as DC1000V.

Since the power generated by the solar module is direct current, it is easy to generate arcs when the circuit is disconnected, so pay attention to its temperature during inspections in the high temperature environment in summer.

The first function of the anti-reverse diode is to prevent the solar cell module or phalanx from generating heat or even damage when the solar cell module or phalanx is not generating electricity. This is because the output voltage of each branch in series cannot be absolutely equal, the voltage of each branch has a difference in height, or a branch failure or shadow occlusion will reduce the output voltage of the branch , the current of the high-voltage branch will flow to the low-voltage branch, and the anti-reverse diode is connected in series in each branch to avoid this phenomenon.

A surge, also called a surge, is an instantaneous overvoltage that exceeds normal operation. A surge protector is an electrical device that provides safety protection for the combiner box. When the electrical circuit or communication line suddenly generates peak current or transient overvoltage and lightning overvoltage due to external interference, the surge protector can turn on and shun the current in a very short time, so as to avoid the surge to other equipment in the circuit. damage.

The main function of the PCB board is to collect and calculate the component voltage, current, temperature, average current, and communicate with the background.

The cause of the combiner box itself

1) The layout of bus bars and fuses is unreasonable and should not overlap. In addition, the width of the bus bars is small, which is not conducive to heat dissipation. The unreasonable structural distribution causes short-circuit burnout.

2) The width of the busbar is relatively narrow, and the contact area between the terminal and the busbar is small, causing heat generation and ignition.

3) The bus bar adopts aluminum bar, and the overall temperature of the operating box is too high. It is recommended to use TMY or TMR copper bar; the quality of the protective coating of the shell is a problem.

4) The combiner box lacks effective protection devices. There is a lack of communication unit and protection unit for monitoring the current of each branch in the combiner box. Once the virtual connection of a branch is loose and ignites, the current of this circuit will fluctuate, which should alarm and drive the circuit breaker to trip; this combiner box has no circuit breaker, Even if an accident is detected, it is difficult to disconnect manually.

5) Insufficient creepage distance of high-voltage electrical clearance at the input end of the control board causes combustion;

6) The quality of the fuse: When the fuse passes the current, it bursts, or the fuse tube insurance selection is too large, which does not play a protective role. The compatibility between the melt and the base (the contact resistance is too large);

7) The IP level does not meet the requirements;

8) The insulation quality and withstand voltage of the terminal block are low.

Prev：Why you should be PV Solar Protector Products Supplier Dealer?